Brean Down is a headland, which juts out into the Bristol Channel at the eastern end of Bridgwater Bay.  It is composed of carboniferous limestone and is a continuation of the Mendip Hills (as are the islands of Steep Holm and Flat Holm).  The highest point on Brean Down is 97 metres above sea level and is marked by a trig point.

Brean Down has been occupied for different purposes for thousands of years:
In the 1850s concern grew in Britain about the strength of the French Navy and it was believed that war between France and Britain might be imminent.  Henry John Temple, 3rd Viscount Palmerston, became Prime Minister for the 2nd time in 1859. Palmerston and his Secretary of State for War (Sidney Herbert) established a Royal Commission on the Defence of the United Kingdom in 1859 to examine the ability of Britain to defend itself against an attempted invasion by a foreign power and to advise the British Government on the remedial action required.

The Commission reported back in 1860 and recommended the building of forts to protect naval bases and other strategic locations around the coasts of Britain and Ireland.  In the Bristol Channel Brean Down, Steep Holm, Flat Holm and Lavernock Point were to be fortified in order to protect the ports of Bristol, Avonmouth, Cardiff and Newport.

In 1862 four acres of land at the western end of Brean Down were requisitioned and a fort was built here.  It was completed by 1870.  The fort had a garrison of 60 men and was protected by seven 7" cannons.  These were located in three batteries:
There were also barracks and quarters for officers.

Both Viscount Palmerston and Sidney Herbert died before work began on Brean Down Fort. By the time the fortifications were completed, the threat from the French had diminished. The island’s heavy guns were never fired in anger.  In July 1900 a soldier called William Haines fired his rifle into one of the West Battery's magazines, in an apparent attempt to kill himself, and it exploded and destroyed the battery.  After the explosion the fort was decommissioned and the guns were sold for scrap in 1901. Brean Down Fort was run as a café by the Hillman family between c1905-7 and 1936-9.

Brean Down Fort was refortified during the Second World War.  Two gun positions were built: one on the site of the ruined West Battery and the other over part of the North West Battery.  They were armed with 6" ex-naval guns. The barrack blocks were reused but the windows were partly blocked to give protection from blasts.  New barracks were built on the east side of the Victorian fort.  Experimental weapons were trialled at the fort and the short length of launching rail, which can still be seen is evidence of these trials.

Brean Down Fort: Its History and the Defence of the Bristol Channel by Nicholas van der Bijl, Hawk Editions, 2000 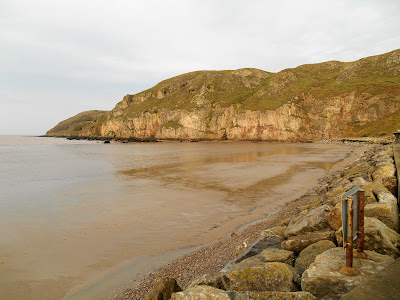 The south coast of Brean Down 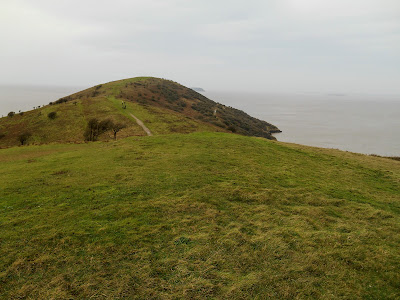 Looking west down Brean Down 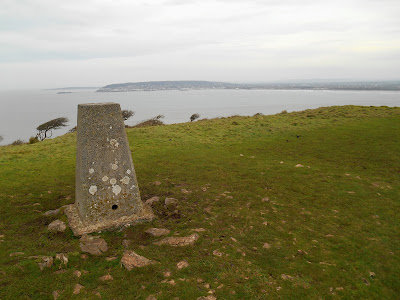 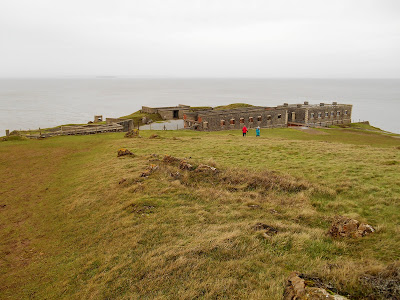 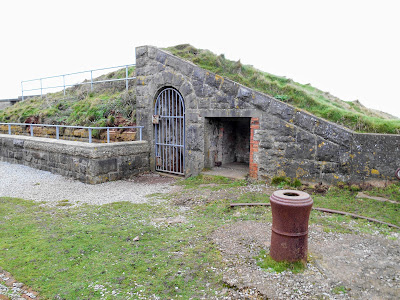 Victorian gun battery and entrance to one of the underground magazines 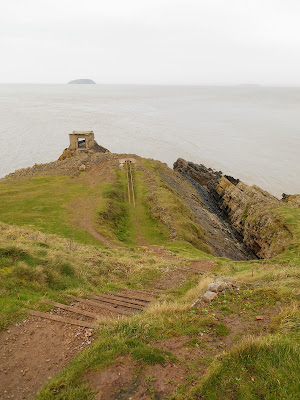 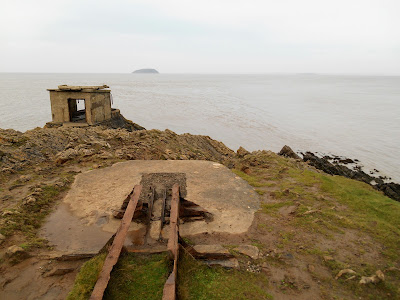 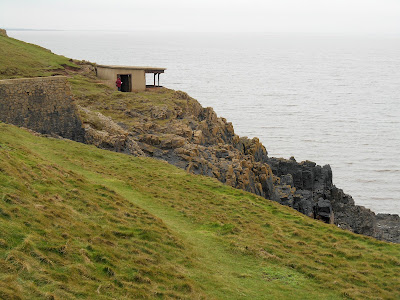 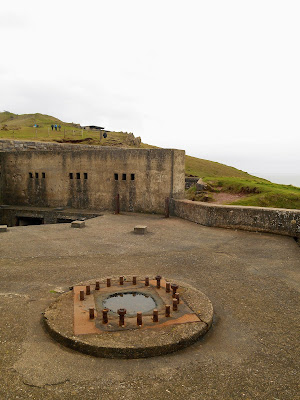 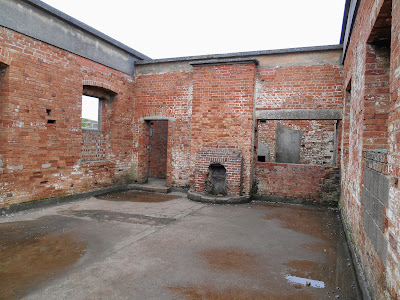 Inside the Victorian barracks 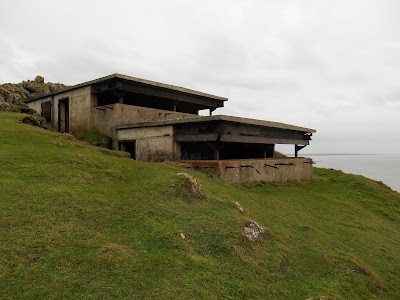 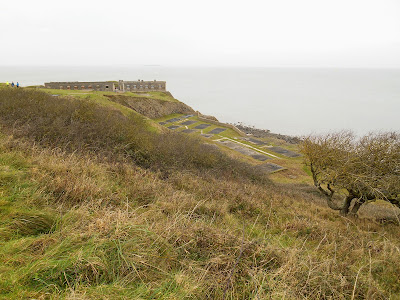 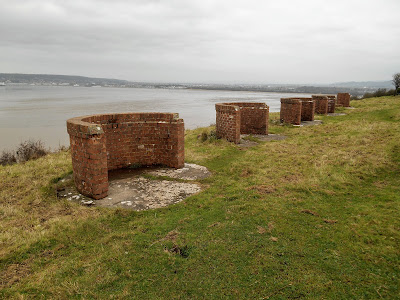 Six Lewis gun emplacements on the north coast of the eastern end of Brean Down overlooking Weston Bay
These were possibly used for training purposes. 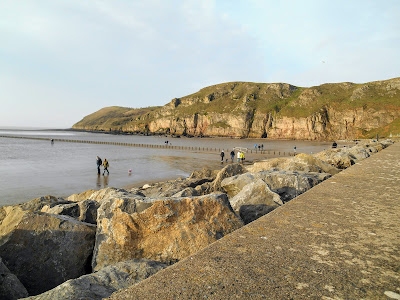 The South coast of Brean Down
Posted by St Kilda at 10:19