The exterior of St Stanislaus's Catholic Church in Dulverton is plain and rather austere but the inside is the opposite, with lots of small but beautiful stained glass windows.

Mrs Mary Herbert of Pixton Park established a chapel in the former laundry at Pixton Park during the Second World War. It was served by visiting priests until 1944 when a full time priest (Father James O'Brien) was appointed. During the war it was used by many evacuees and refugees, as well as local Catholics and the Herbert family.

Mrs Herbert knew the architect Professor Albert Richardson and when an old stable just off the High Street in Dulverton came up for sale, she asked him to convert it into a church.  Most of the wood for the new church was sourced locally and processed in the sawmill on the Pixton estate by Father Whelan and local volunteers. The church opened in 1955. Many of the furnishings, including the altar came from the chapel at Pixton Park.

The church is dedicated to St Stanislaus of Krakow.  It is thought to be the only parish church in England to be dedicated to him.  The reason for the dedication is that Mrs Herbert's son Auberon had fought with the Polish forces during the Second World War and been involved with the resettlement of Polish servicemen after the war.

Stanislaus was born at Szczepanów near Krakow in 1030.  He studied in Poland and possibly also in Paris and was ordained as a priest.  He was elected Bishop of Krakow in 1072. He spoke out against the cruel, violent and unjust acts of King Boleslaus.  In 1079 he was accused of treason, tried and sentenced to be executed.  He was killed by King Boleslaus himself and the king then fled to Hungary.  Stanislaus was canonised by Pope Innocent IV in 1253 and later became patron saint of Poland.  His feast day is 11th April.

In 2019 St Stanislaus's Church in Dulverton and the adjacent residential centre were under the threat of closure. 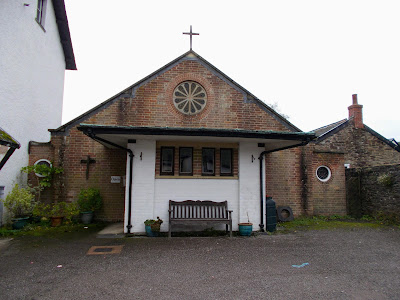 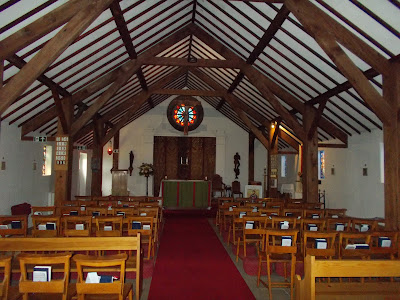 Interior of the Church of Saint Stanislaus, Dulverton 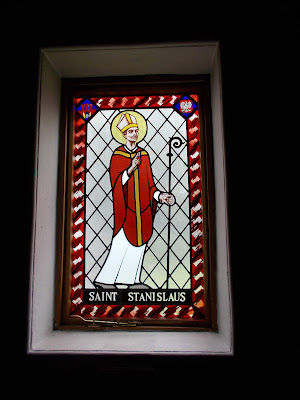 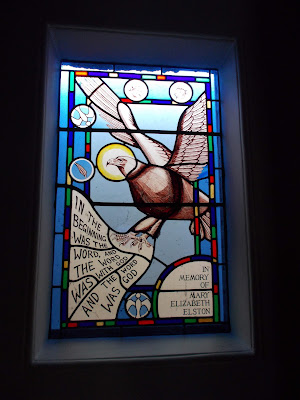 May Elizabeth Elston's memorial window
The quotation is from John Chapter 1, verse 1 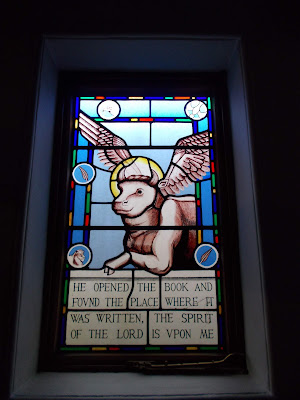 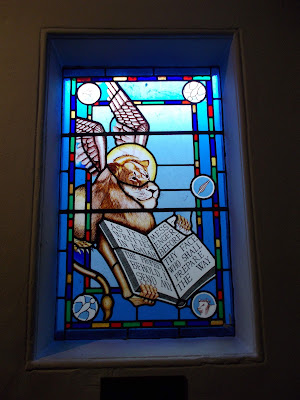 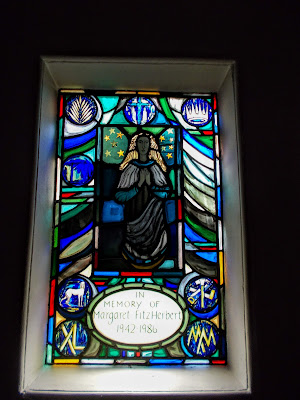 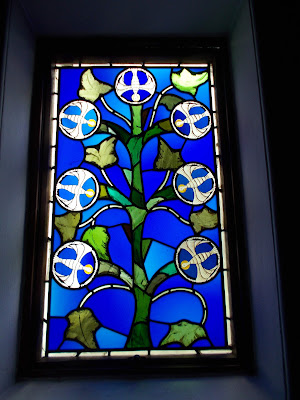 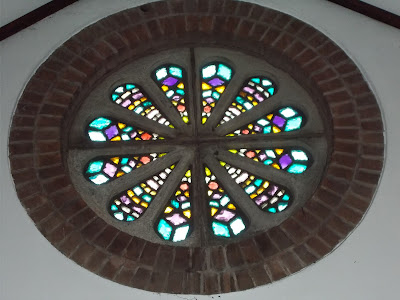 Rose window above the entrance to the church 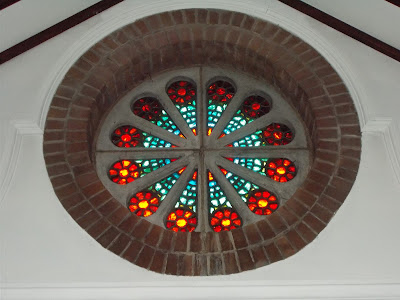 Rose window above the altar 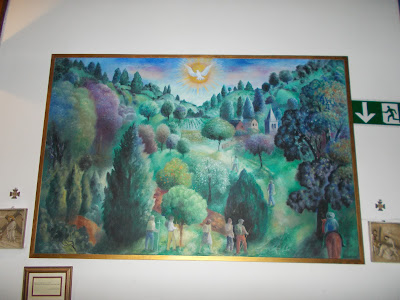