Outside the former Railway Hotel on the west side of the River Parrett in Bow Street, Langport Westover, there is a very unusual iron swing footbridge.

Until 1853, when the railway line from Durston to Yeovil via Langport was built, the turnpike road through Langport went past the door of the hotel, which was a pub at this time.  However the level of the turnpike road (now the A378) had to be raised so that it could cross over the railway line, which ran in a NNW-SSE direction.  The road was slightly re-aligned and embanked from the west end of Bow Bridge and a vertical stone retaining wall was built on the northern side of the embankment. The original turnpike road then became an access road to warehouses on the west side of the pub.

The Railway Hotel was built in 1906 on the site of an earlier pub, which had burnt down.  It was decided to have the main door on the first floor, which was roughly level with the pavement of the raised main road.  However a fixed bridge would have been too low for vehicles using the access road to pass underneath it and there wasn't enough space for a conventional swing bridge.  A swing bridge comprised of two sections, which swing and close together like scissors, was the solution.  The bridge was opened and closed using a hand crank.  It is no longer in use.  The hotel was converted into six flats in the late 1980s. 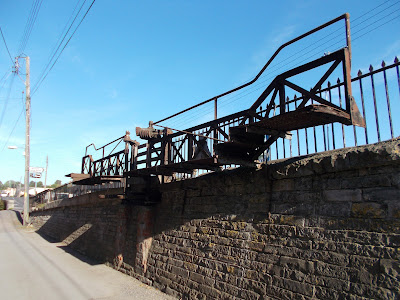 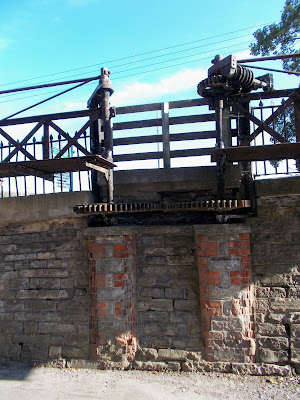 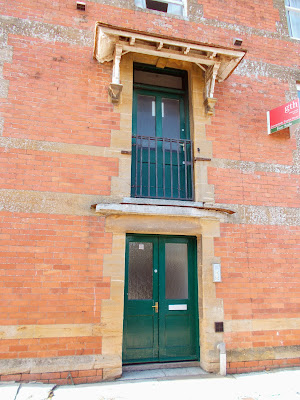 Door on the first floor of the former Railway Hotel, Langport
Posted by St Kilda at 14:56