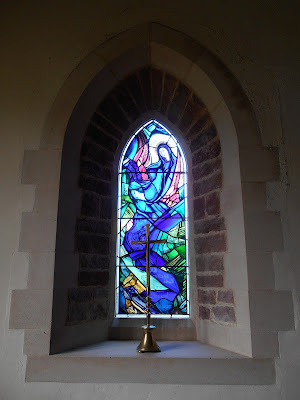 St Mary's Church, Luxborough
I presume this is a millennium window, as it has the date 2000 on it.  It also says "All generations shall call me blessed.", which is what Mary, the mother of Jesus is quoted as saying in Luke Ch1 v48. 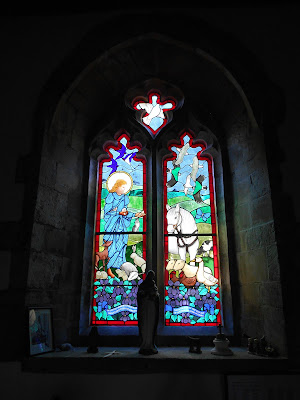 Priddy
This window in St Lawrence's Church, was given in memory of Catherine Gibbons of Eastwater Farm who died on 6th October 1988 aged 19 years. 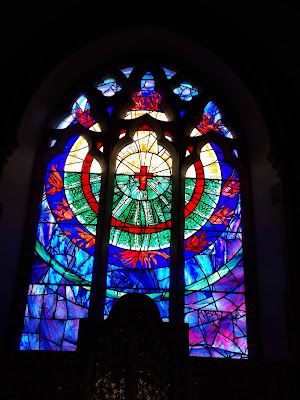 East Window, St Peter and St Paul's Church, Odcombe
This window is in memory of a Christian writer and missionary called Constance Padwick, who died in 1968.  The artist who created the window was apparently Christine Arnatt. 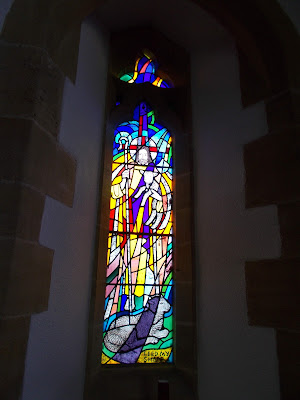 Good Shepherd Window, St Peter and St Paul's Church, Odcombe
In the bottom right hand corner of the window it says simply "Feed my sheep", which Jesus is quoted as saying in John Ch21 v17. 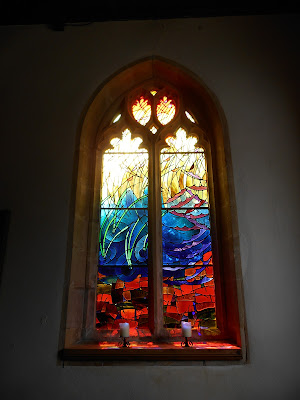 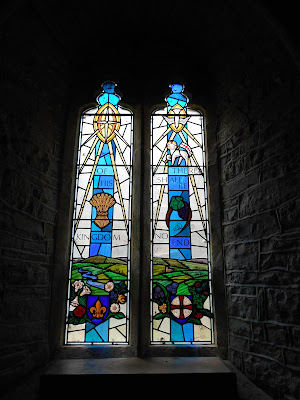 St John the Baptist Church, Biddisham
On this window it says "Of his kingdom there shall be no end". This is a quotation from the Gospel of Luke Ch1 v33.  The window was made by Gilroy, Bristol Stained Glass in 2000, which presumably makes it a millennium window. 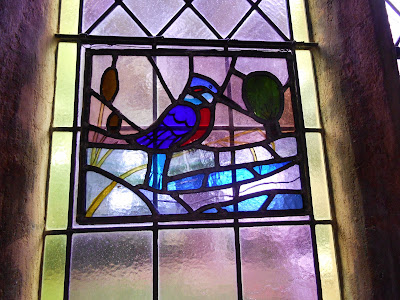 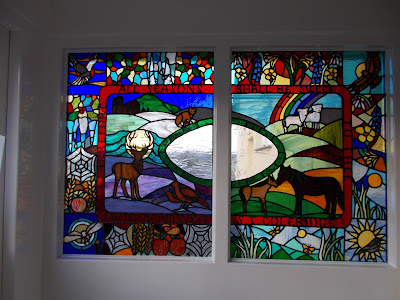 Wheddon Cross Village Hall
The red band around the central picture contains a quotation from Samuel Taylor Coleridge's poem Frost at Midnight.  It says "Therefore all seasons shall be sweet to thee".  The window depicts plants and wild and domesticated animals that are found on Exmoor e.g. Exmoor ponies, red deer, buzzards, foxes, sheep and owls. 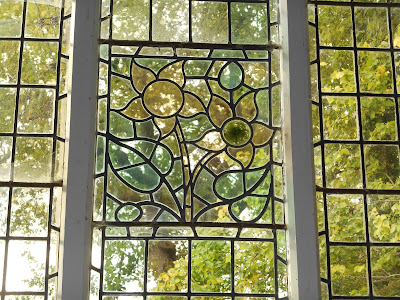 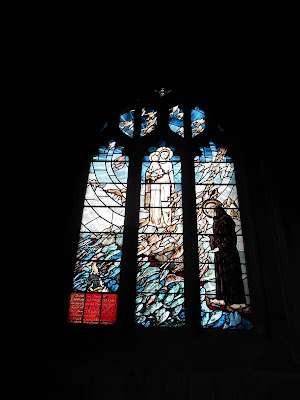 St Andrew's Church, Mells
This window is in memory of Sir John Francis Fortescue Horner, "who worshipped God in this chapel through all the years of his life.  Unto whom God gave a wise and understanding heart.  Behold such a man as this entered in to the inheritance of peace and quietness".  Sir John Horner (1842-1927) was a barrister and he lived in Mells Manor.  The window was designed by Sir William Nicholson and depicts St Francis of Assisi preaching to the fish and birds.
Posted by St Kilda at 14:49