Lime kilns are structures, which were formerly used to manufacture lime (calcium oxide) by burning calcium carbonate at temperatures of more than 900°C. The calcium carbonate that was burned (or calcined) was usually limestone or chalk. Lime is also known as quicklime, unslaked lime, burnt lime or lump lime.

The majority of the quicklime that was produced was mixed with water to produce hydrated lime or slaked lime (calcium hydroxide).  Calcium oxide is chemically unstable in normal atmospheric conditions but the chemical reaction, which turns calcium oxide into calcium hydroxide releases heat and results in a stable white powder. This was a key ingredient in plasters, renders, mortar and concrete. It was also used in lime-wash to waterproof walls and lighten the interiors of buildings; to bleach paper; by tanners to prepare animal hides for tanning and as a disinfectant in medicine.

The production of lime was introduced to Britain by the Romans. Demand for lime increased in the medieval period when more buildings were built from stone and large quantities of lime were needed for mortar, which was used in the construction of castles, city walls and religious buildings.  In parts of Britain lime was also used to neutralise acidic soils to improve their fertility and to improve the structure of heavy clay soils from the late medieval period onwards.

There were three types of lime kilns:

Flare and draw kilns had the same basic structure, consisting of a wide stone chamber with a hearth at the base and one or two drawholes, stoke holes, eyes or flues at the base.

Until the mid-18th century most lime kilns were built to produce lime used in the construction of buildings and they were therefore located a short distance from those buildings but away from inhabited areas, as they produced noxious fumes and smoke.  Lime kilns were usually located in sheltered locations close to a source of limestone or chalk and where sufficient firewood was also available.  They are also often found in coastal locations where limestone/chalk and/or coal could be delivered by sea.  Sometimes a single kiln was built but it is not usual for there to be two or more in the same location.  Some kilns were built into banks of rising ground.

By the end of the 19th century industrial kilns were mass producing lime at lower prices and an improved transport network allowed the lime produced to be distributed across the country. 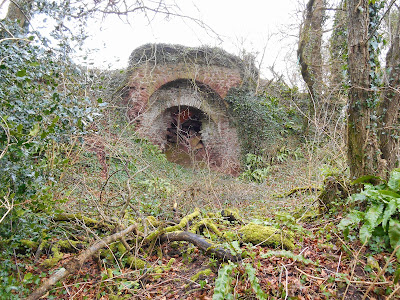 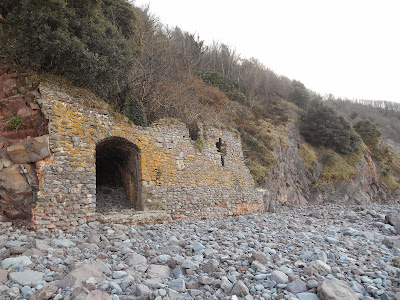 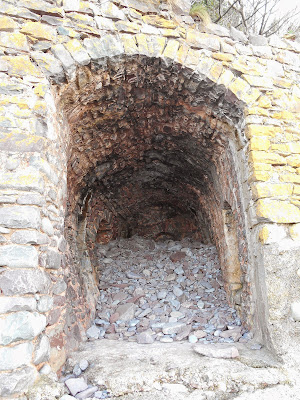 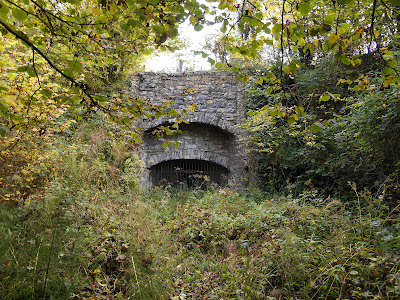 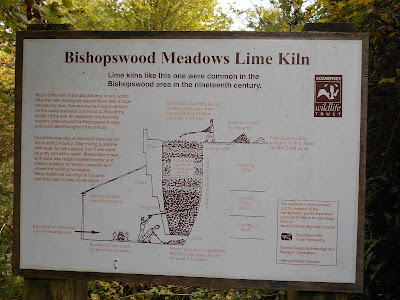 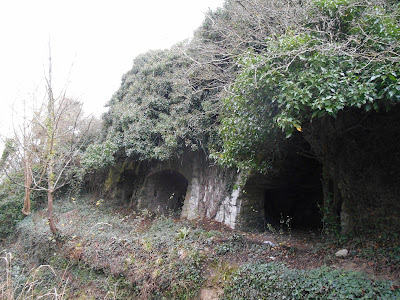 On the coast to the west of Watchet
This complex of three lime kilns was leased from the Luttrell Estate by the Gooding family from 1863 until c1913. They also operated a small industrial complex at Colling's Mill, Washford where they produced artificial manure, plaster of Paris and hydraulic cement.  Local lias limestone was burned using coal imported from Wales. 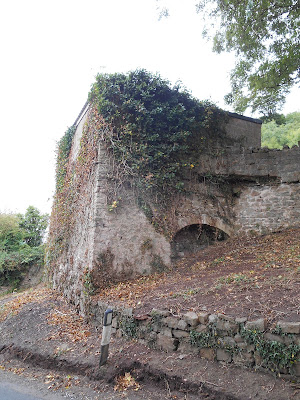 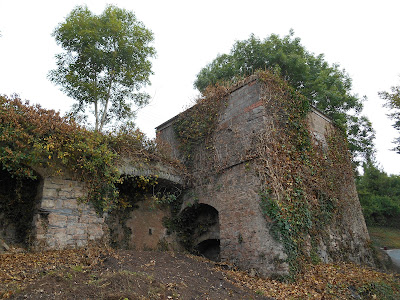 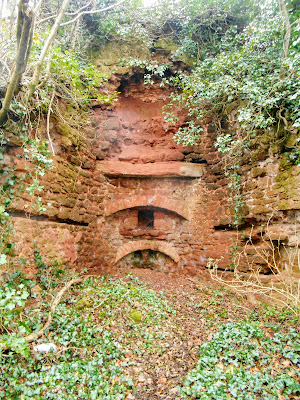 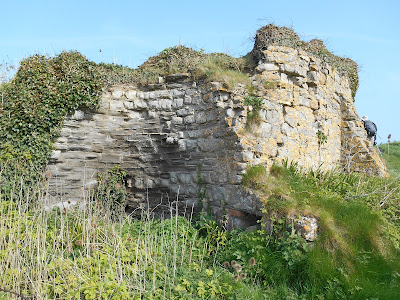 On the coast at East Quantoxhead 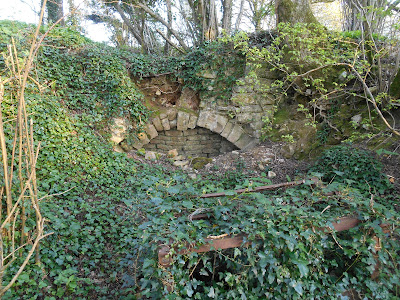 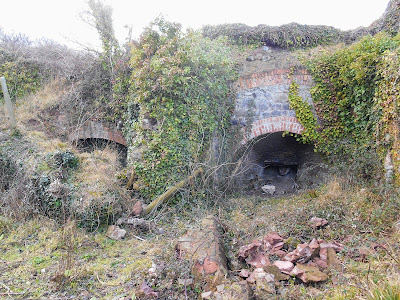 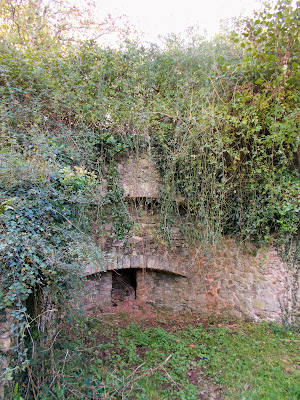 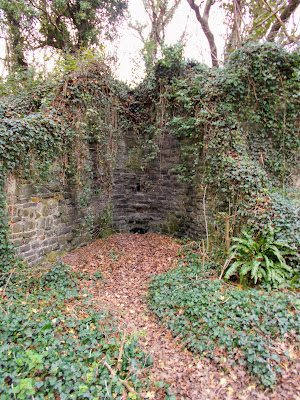 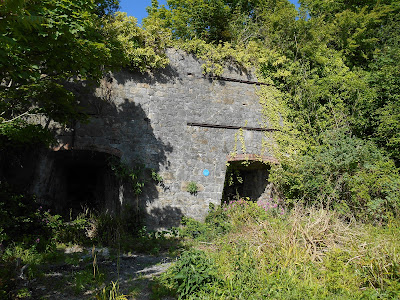 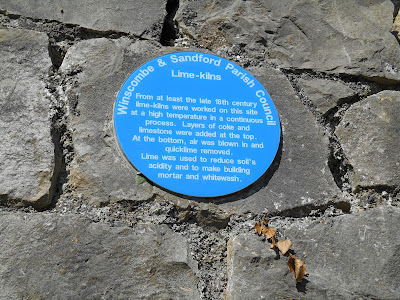 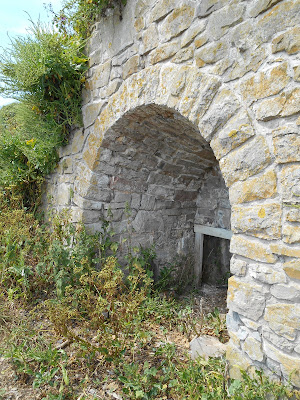 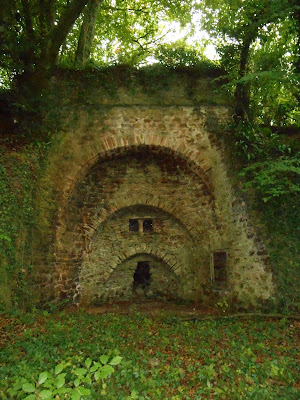 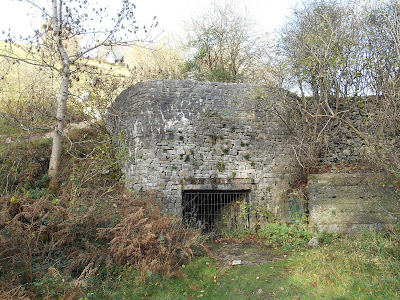 Black Rock Drove
This lime kiln at Black Rock Drove in the Mendip Hills was built in 1936 but became disused when the adjacent quarry, which had only opened in 1930, was sold and closed down in around 1940. 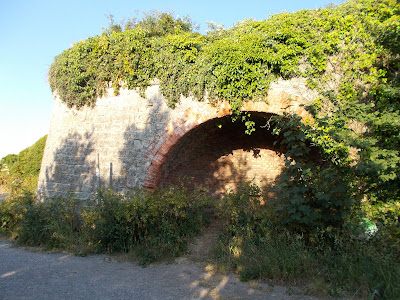