In May 2019 the Royal Mail postbox in North Street, Taunton (outside what used to be the Post Office) was painted royal blue to celebrate the ICC Cricket World Cup 2019.  Taunton's County Ground was the venue for 3 matches:
One Royal Mail postbox was also painted blue in each of the other towns and cities whose cricket grounds were hosting matches - Southampton, Leeds, Cardiff, Chester-le-Street, Bristol, London, Manchester, Birmingham and Nottingham. I'm not sure why blue was chosen as the colour for this occasion.

Unlike the gold post boxes, which were painted to commemorate local winners of gold medals at the 2012 Olympics and Paralympics, the blue post boxes were due to be painted red again after the end of the 2019 Cricket World Cup.  However after the England team won the Cricket World Cup, Royal Mail decided to paint the postboxes white and gold.  I understand that after three months they will be painted red again.

Update, November 2019 - the Taunton postbox has now been painted red once more. 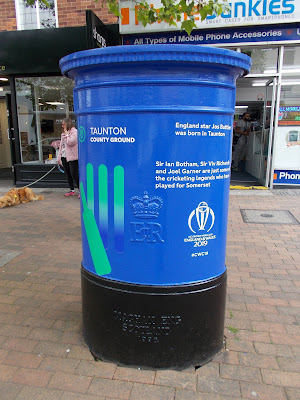 Back of the post box in North Street, Taunton 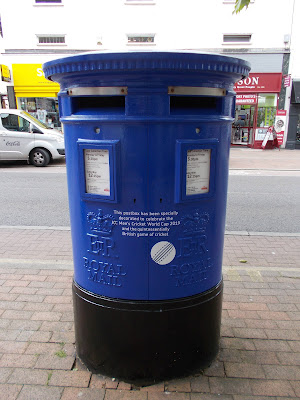 Front of the postbox in North Street, Taunton 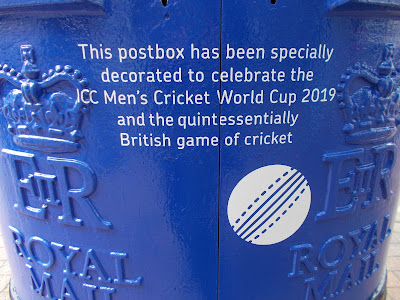 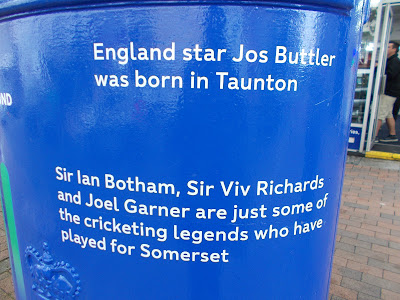 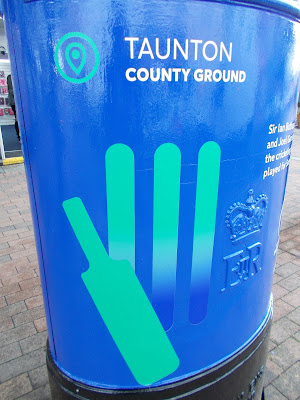 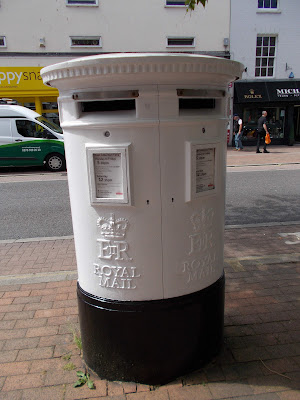 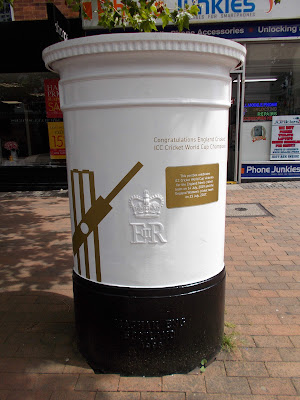 Back of the white postbox in North Street, Taunton 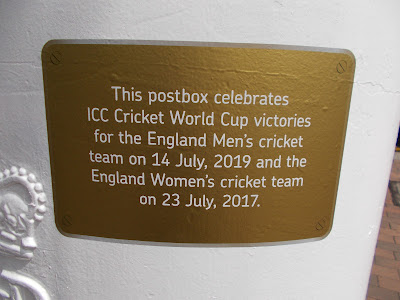 Gold plaque on the North Street postbox
Posted by St Kilda at 14:11