The Whit Stones are two large sandstone slabs located at the top of Porlock Hill and about 50 metres to the south of the A39.  They are currently slanting eastwards but would originally have been over 1.5 metres high when they were upright.  They are both over a foot thick.  They are located at grid reference SS 853 462.

According to legend, the Whit Stones were thrown to their present location by the Devil (with or without help from an unnamed giant) from Hurlstone Point (hence its name).  It is more likely that they were in fact either boundary markers of part of a prehistoric burial chamber, stone row or stone circle.  They were sometimes referred to in the past as White Stones.  They may date from any time between the Neolithic period and late Bronze Age (2350 BC to 701 BC). 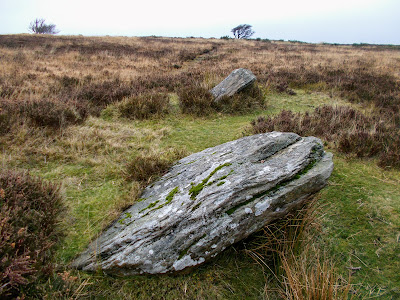 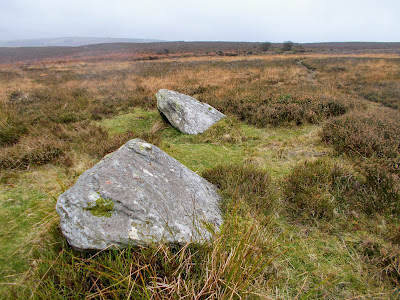 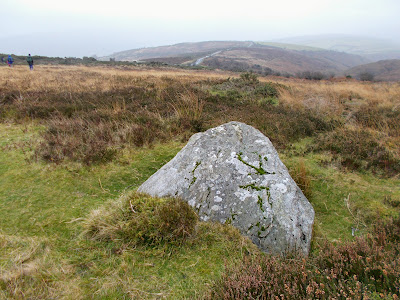