Stoke Pero Church stands at an altitude of 310 metres above sea level and is the highest church on Exmoor.  The church was built in the 13th century on the site of an older church, but it was extensively rebuilt and restored 1897-98.  The only original features are the tower and the porch.  Unusually the church is not dedicated to a particular saint.

The restoration was paid for by Sir Thomas Acland (12th Baronet), the owner of the nearby Holnicote Estate.  Zulu the Donkey carried all the timber used to rebuild the roof up from Porlock twice a day.  His efforts are commemorated by a portrait drawn by Hope Bourne, which hangs on the wall in the church.  Hope Bourne was a writer and painter who lived a simple and mainly self-sufficient life at various locations on Exmoor.  She died in 2010 aged 91. 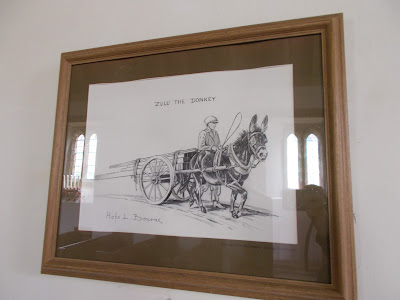 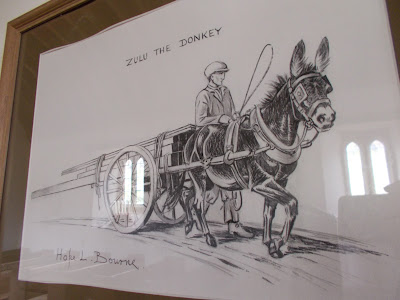 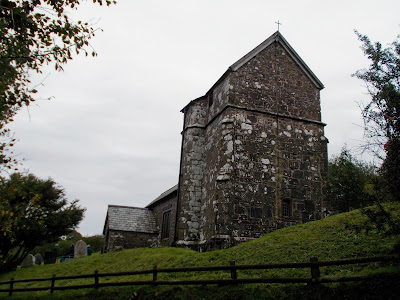 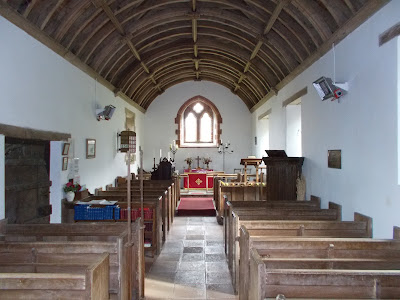 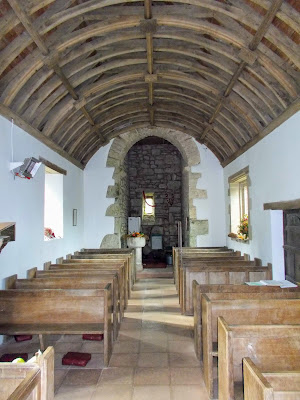 The Nave of Stoke Pero Church 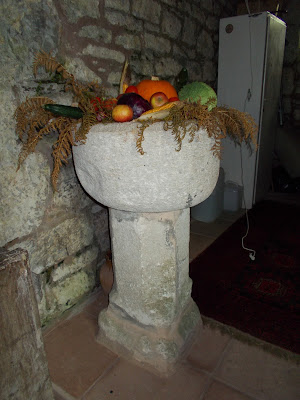 Font decorated for harvest festival
Posted by St Kilda at 14:02