Smitham Chimney and the pond next to it are the only visible remains of a lead smelting plant.  The stone and brick chimney is located on Smitham Hill in the middle of East Harptree Woods.  A public footpath runs through the site.  The grid reference for the site is ST 554 546.

Lead mining in the Mendips dates back to at least the Iron Age and it continued in the Roman period and on into medieval times.  It reached its peak in the late 16th/early 17th centuries but by the 18th century most of the easily available lead had been mined and flooding in the shafts became an issue.  Silver, zinc, iron, ochre, manganese and calamine were also mined at various locations on the Mendip Hills. At various periods lead was mined at East Harptree; Velvet Bottom at Charterhouse; Priddy; Stockhill and Chewton Mendip.  At East Harptree lead was mined from veins in the Carboniferous Limestone and zinc and manganese were mined from veins in the Dolomitic Conglomerate.

In 1867 a group of Cornish miners formed the East Harptree Lead Works Company, in order to re-smelt the heaps of slag and slimes left by previous mining ventures.  New techniques developed in Cornwall meant that they could now release lead that earlier miners had not been able to remove from the ore. The lead produced was used for the shot in guns.  The chimney vented the smoke produced by five lead condenser flues.  These are clearly shown on an Ordnance Survey map of 1883 stretching out in a north easterly direction from the chimney.  They have subsequently been planted over with conifers and are now barely visible.  Areas of what is known in the Mendips as "gruffy ground" (uneven pockmarked mined ground) can apparently be seen in the woods.  The pond was originally a reservoir for the lead smelting works.

The site at East Harptree closed in 1875 and all the buildings except the 70 feet high chimney were later demolished.  The chimney was renovated in 1914 and again in the 1973 by the Mendip Society and Somerset County Council.

A brickworks is shown on the 25" Ordnance Survey map of 1883 on the eastern side of the lead works.  However it was already disused by this time. 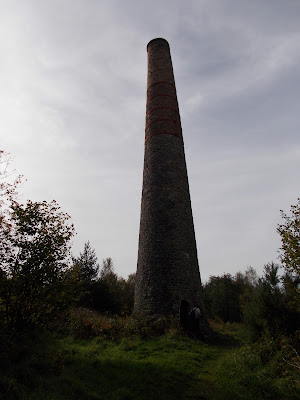 Maybe it is an optical illusion but the top of the chimney looks like it is leaning to the left? 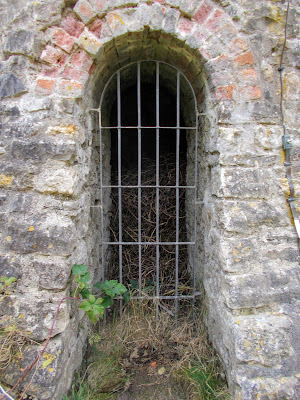 Doorway at the bottom of the chimney:
it looks like lots of birds nest inside, judging by the huge pile of sticks behind the grill! 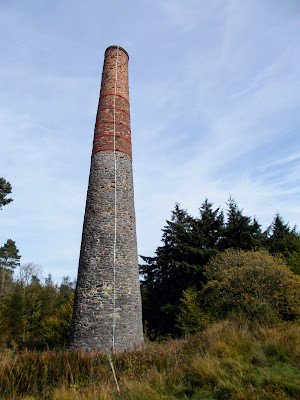 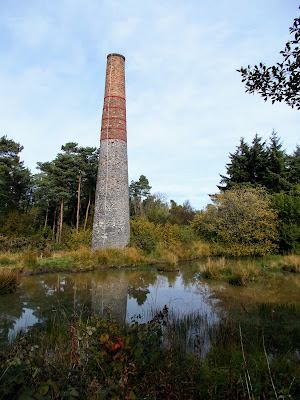 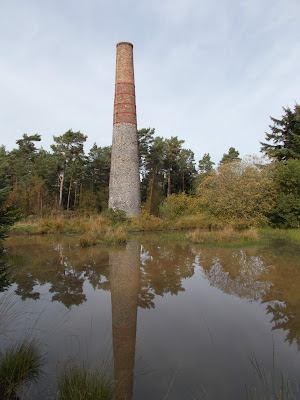 Reflection of Smitham Chimney in the pond 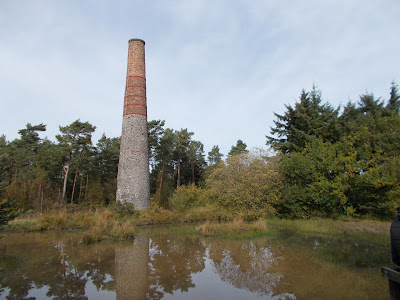 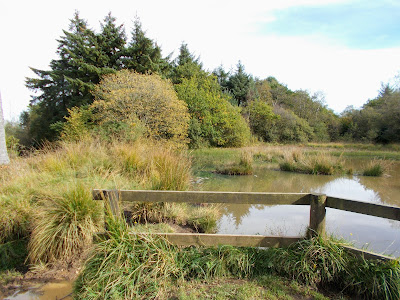