Pinkery Pond is an artificial lake, which was created c1830 by damming the headwaters of the River Barle with a massive stone and earth dam.  It is located high up on Exmoor on the south side of The Chains in the far west of Somerset, half a mile from the Devon border.  The surface area of the pond is 1.2 hectares.  The name Pinkery was probably originally either pen creagh or pen carreg, meaning "rocky outcrop".  The name is wrongly written on some maps as Pinkworthy.

A canal was dug c1819-20 to convey the water from Pinkery Pond eastwards to Little Ashcombe, before the pond itself was constructed.  However the canal was never completed, as the culverts needed to carry it across several combes were never built.  Another contour canal or leat was constructed from Great Buscombe to Swap Hill near Larkbarrow.

Pinkery Pond was created for John Knight by 200 Irish labourers.  John Knight (1767-1850) came from a family of ironmasters and agricultural innovators in the north of Herefordshire and in Worcestershire.  He purchased the former Royal Forest of Exmoor in 1818 and he later bought more of the adjoining land.  He lived at Simonsbath House in Simonsbath.  He began an ambitious land reclamation programme to convert large areas of moorland into arable land or pasture for cattle and sheep.  He also had two farms built at Honeymead and Cornham and planted beech hedges as windbreaks.  His agricultural improvement work was carried on by his son Frederic.

The original purpose of Pinkery Pond is not clear.  Possible reasons that have been suggested for Pinkery Pond's creation include:
The overflow for the pond is a tunnel cut through the bedrock in the south east corner of the dam.  The water then drains into the River Barle.  The overflow may have been cut some time after pond was created, in order to reduce the size of it.  The pond currently holds 37,000 cubic metres of water but it would hold 80,000 if it was allowed to fill completely.  Despite being in an area of high rainfall it fills up slowly as its catchment area, close to the source of the River Barle, is very small.

Pinkery Pond can be drained by removing wooden plugs in two pipes in the dam wall.  It has apparently been drained on at least two occasions: in 1889 to recover the body of Richard Gammin, a farmer from nearby Parracombe and in 1912 in the unsuccessful search for another suspected suicide: Willam Stenner.  William Stenner had killed himself but his body was eventually found in a mineshaft.  Engineers had to push the plugs out using hydraulic jacks and retreat quickly before the water started to flood out.

Pinkery Pond is often shrouded in low cloud, as it is located 440 metres above sea level.  I have visited it four times and on two of those occasions it was too misty to see across it.  My thanks to Stan for taking the following photos for me on a clear day and for allowing me to use them. 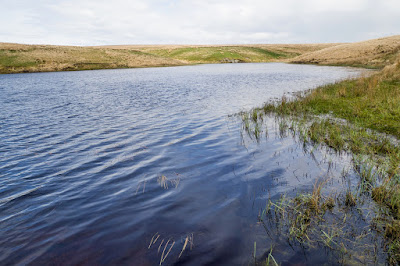 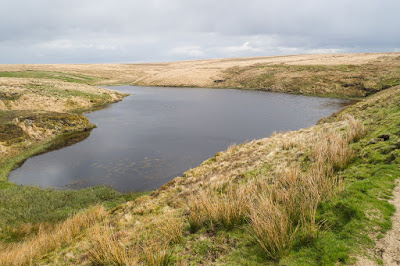 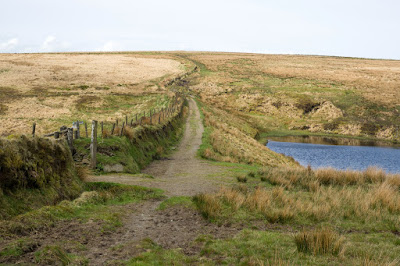 Looking west across the dam 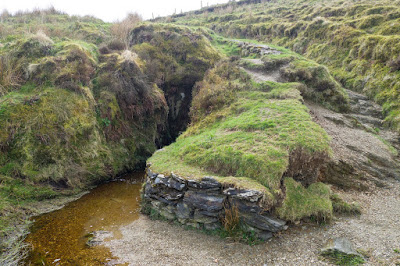 Overflow tunnel on the Pinkery Pond side 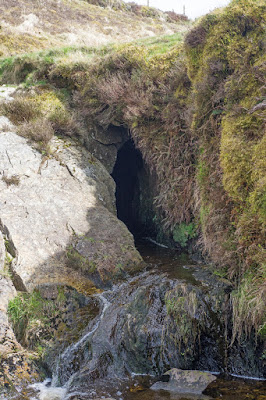 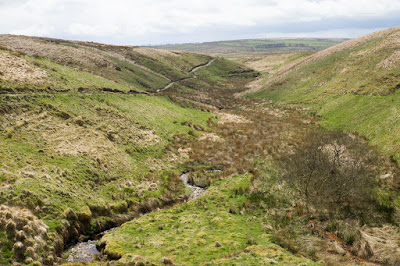 The River Barle below Pinkery Pond
Posted by St Kilda at 12:55