As the population of Britain grew during the 19th century, the Church of England, Roman Catholic Church and non-conformist denominations needed new affordable churches, which could be erected quickly.  A series of religious revivals during the 19th and early 20th century also led to an increase in the number of people attending churches.

Folding a sheet of iron gives it stiffness and rigidity.  In the 1820s Henry Palmer, an engineer from London, developed a new method of corrugating iron.   Richard Walker realised that Palmer's corrugated iron could be used for cladding buildings such as warehouses.  Then in 1837 hot dip galvanising was invented by a French engineer called Stanislaus Sorel.  Galvanising is the process by which iron is coated with a thin layer of zinc, thus preventing it from corroding and greatly increasing its life span.  Tin was never used for coating corrugated iron for buildings.

Large scale production of prefabricated corrugated iron buildings began in the 1850s.    Churches, chapels and mission halls were designed and built in flat pack kit form and sold via catalogues.  These churches were nicknamed tin tabernacles.  A tabernacle is "a temporary dwelling; generally movable, constructed of branches, boards, or canvas; a hut, tent, booth" (Oxford English Dictionary).  Most tin tabernacles were intended to provide short term accommodation for church congregations while they raised money to build a more permanent church.  However many were never replaced by more durable structures.

Tin tabernacles were built on a brick or rubble and mortar foundation.  They were timber framed and clad on the outside with galvanised corrugated iron.  Corrugated iron sheets were rigid and light enough to span between roof beams unsupported.  The sheets could be overlapped to form an interlocking and watertight roof.

The inside walls were usually lined with wooden tongue and groove boards.  The flooring was either beaten earth, flagstones or suspended wooden floorboards.  The buildings were insulated with felt placed between the inner and outer walls. The windows were sometimes rectangular but many churches had Gothic arch windows.  Some had small steeples or bell towers on their roofs.  Lighting was usually provided by paraffin lamps.  In urban areas this was later replaced by gas lighting.  Small coal or wood burning stoves were sometimes installed to heat the buildings.

Prefabricated corrugated iron buildings were made by several different British companies in cities such as London, Liverpool, Manchester, Edinburgh, Glasgow and Norwich (Boulton and Paul).  In addition to churches, they also made a variety of other types of buildings e.g. houses, village halls, synagogues, school rooms, temperance halls, hotels, bunkhouses, sports pavilions, hospital wards and warehouses.  Many were exported to Canada, Australia, California and Africa, especially during their gold rush periods.  The peak period for the production of corrugated iron buildings was probably the 1890s. 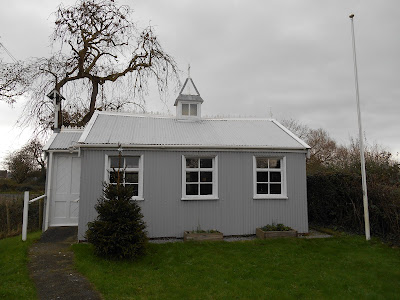 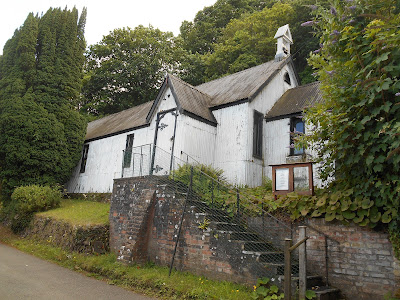 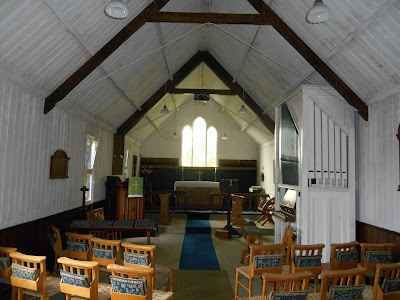 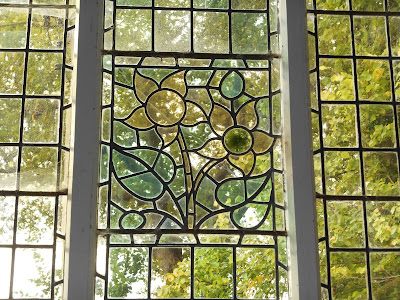 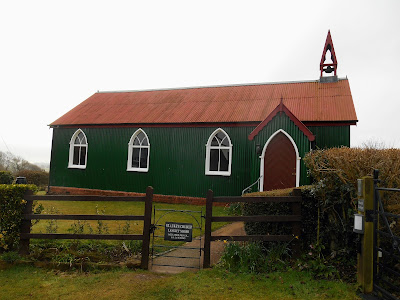 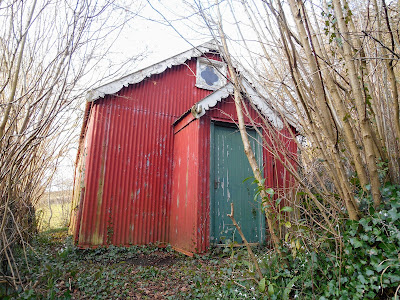 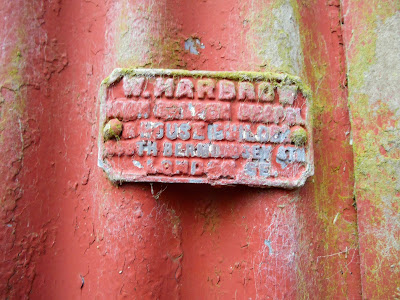 Manufacturer's name plate on the Monksilver Methodist Chapel
It was made by William Harbrow of South Bermondsey Station, London 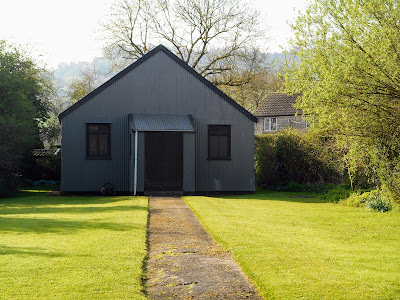 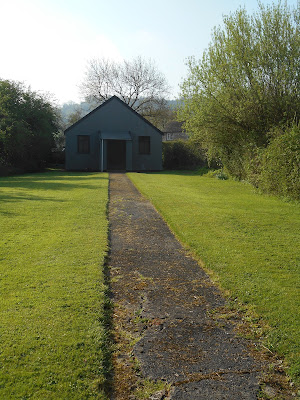 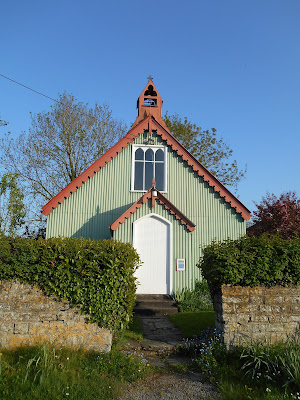 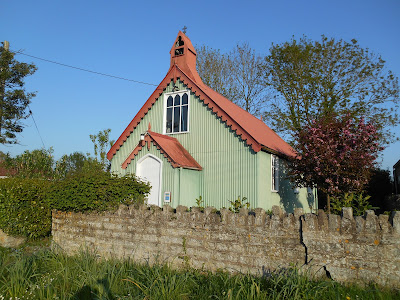 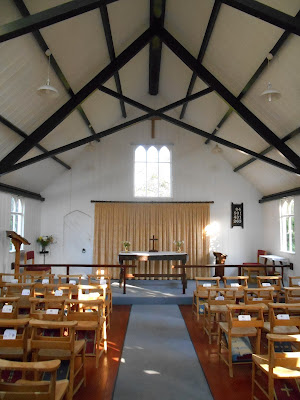 Not much is known about the history of Alhampton Chapel.  The land it stands on was given to the church in 1887 and it was built in 1892, probably by Boulton and Paul.  It is a "daughter" church of St Mary Magdalene in Ditcheat.  By 2000 the condition of the chapel had deteriorated to such an extent that it was in danger of having to be closed.  The churchwarden raised £25,000 to fund its restoration, which was finally completed by 2011. 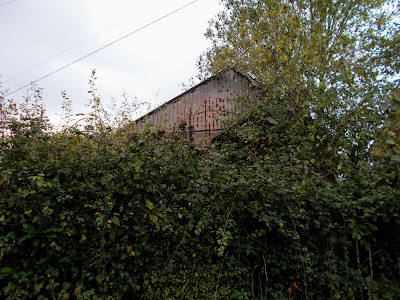 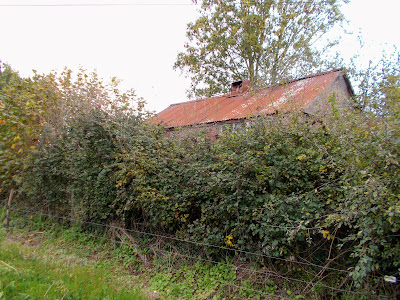 The Bible Christian Chapel in Felon's Oak Lane in Rodhuish was built in 1898.  It was part of the Kingsbrompton Methodist Circuit and in 1959 it had 15 members and two services were held there every Sunday.  For most of the 20th century the majority of the congregation were boarders from the girls' school at Croydon Hall.  The chapel closed in 1973 and when I visited in October 2018 it was barely visible behind a forest of brambles and other plants.  It was just about possible to make out the gate and the porch through the undergrowth. 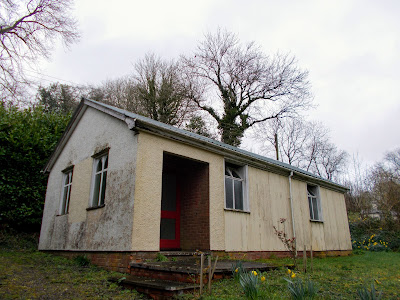 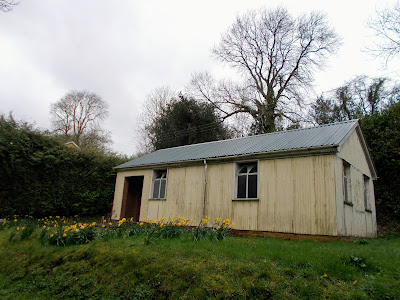