Swildon's Hole is the longest cave on the Mendips, both in terms of total passage length (c.9,144 metres) and the distance from the entrance to the farthest point reached (Sump 12 at c.2,400 metres).  Its alternative name is St Swithin's Hole and the word Swildon may be a corruption of Swithun, who was Bishop of Winchester from 853 until his death in 862 or 865.  Land in the Priddy area was once owned by the Priory of Winchester.  Swildon's Hole extends under the central part of the village of Priddy.

Swildon's Hole was first explored in August 1901 by members of the Wells Natural History and Archaeological Society.  Exploration of the cave system continued and by 1936 about 20% of the extent which is known today, had been discovered.  Since then 11 sumps have been passed, allowing access to much more of the system.  Sump 12 has so far proved to be impassable.

Swildon's Hole is connected to the Priddy Green Sink (also known as Cowdung Swallet - sounds lovely!), which as its name suggests is located close to Priddy Green.  This was first dug in 1959 and 1964 by a consortium of Mendip Caving Clubs.  It was re-opened in 1993 by Bristol Exploration Club and in 1996 it was linked to Swildon's Hole at Cowsh Avens.

The entrance to Swildon's Hole is a small triangular shaped opening in the floor of a stone blockhouse.  When we visited in February 2018 there was no door on the blockhouse and the hatch was open, presumably because there were people down in the cave.  The water from the stream, which disappears into the ground at Swildon's Hole, reappears at Wookey Hole. 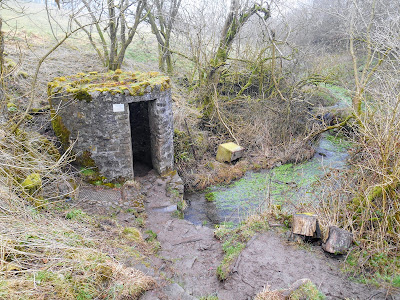 Blockhouse above entrance to Swildon's Hole 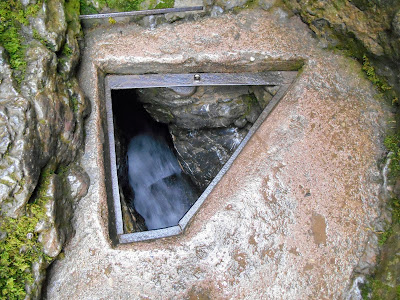 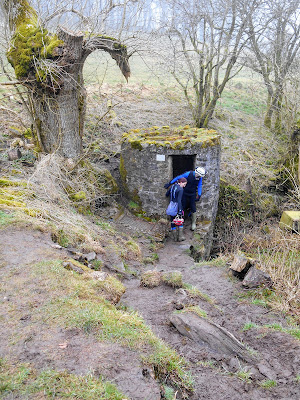 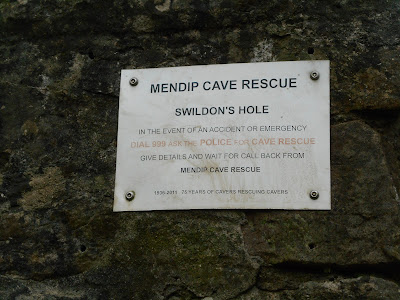 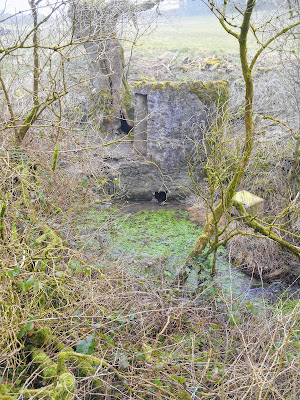 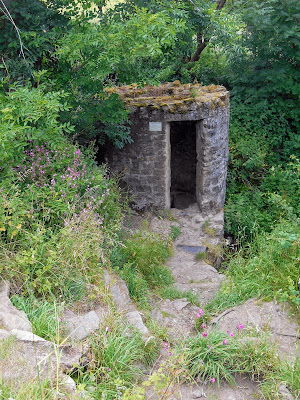 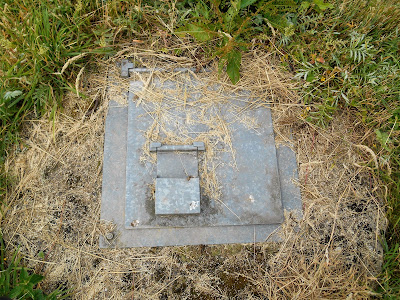 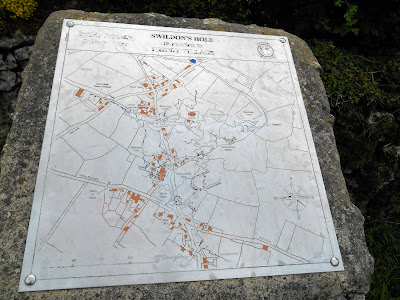 Map of Swildon's Hole on display at Priddy Green 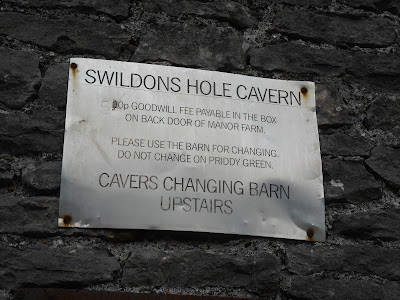 Notice about the changing barn at Manor Barn, Priddy Green
Posted by St Kilda at 15:26