The Reverend Henry James Prince, who was born in Bath 1811, qualified as a doctor before deciding to become a priest.  He studied at St David's College, Lampeter from 1836-1839.  In 1838 he married his mother's lodger, Martha Freeman, who was considerably older than him and wealthy.

Henry Prince became the Curate of Charlinch in 1840.  The Rector of Charlinch, Samuel Starky, was absent due to illness at the beginning of Prince's curacy.  One day in church Prince acted as if he was possessed.  The "possessions" were repeated and the congregation, which had initially been very small, grew in size.  Samuel Starky claimed he had been cured by reading one of Prince's sermons and he embraced the doctrines of Prince.  Prince claimed he was the incarnation of the Holy Spirit.   The Bishop of Bath and Wells was shocked by what was going on at Charlinch and revoked Prince's licence to preach on 4th June 1842.  Prince's wife Martha died in April 1842 and in September of the same year he married Julia Starky, Samuel's sister.

Prince took up a temporary curacy at Stoke-by-Clare in Suffolk in 1842 but he was soon prohibited from preaching by the Bishop of Ely.  Prince moved to Brighton and then in 1844 he joined Samuel Starky, who had moved to Weymouth.  He gathered an entourage of devoted followers there.  He was referred to by his followers as "Beloved".

In 1846 Prince's followers in Bridgwater moved to Four Forks near Spaxton and set up a purpose built settlement, which they called Agapemone, which means "Abode of Love" in Greek.  Agapemone was funded by the sale of the property and goods of Prince's followers.  A 20 bedroom house was built with an attached chapel.  These buildings, together with a gazebo, stables, cottages and landscaped gardens were enclosed by a 15 feet high wall.

Prince persuaded three wealthy sisters (Agnes, Harriet and Clara Nottidge) to marry three of his followers in 1845.  They had first met him during his time at Stoke-by-Clare and each had inherited £6,000 on the death of their father. This money was given to the Agapemone.  A fourth sister, Louisa Nottidge later joined them in Spaxton but was "rescued" by her brother Ralph, cousin and brother-in-law, certified insane and placed in an asylum in London. In 1849 Louisa sued her brother, cousin and brother-in-law for false imprisonment.  She won her case and returned to Agapemone.  She gave all her money to Henry Prince and lived at Agapemone until her death in 1858.  In 1860 her brother and executor successfully sued Henry Prince to regain the money that Louisa had given him as a result of his undue influence over her.

In 1856 Prince announced that he was the chosen means of reconciling God's spirit with the sinful flesh of humanity.  He was 'spiritually married' to Anne Willet (or possibly Zoë) Paterson, a young member of the community, in a ceremony called the Great Manifestation.  When she gave birth to a daughter called Eve, whose father was almost certainly Prince, several members of the community were scandalised and left.

Henry Prince died in Spaxton on 8th January 1899 and was buried in the grounds of Agapemone.

Henry Price was succeeded as leader of the Agapemonites by John Hugh Smyth-Pigott.  He was born at Brockley Court (halfway between Yatton and Backwell) in 1852.  He began to study for the Anglican ministry in 1879 and became a priest in 1883.  He joined the Salvation Army in 1884 but left in 1885 and re-joined the Church of England.   In 1886 he married Catharine Reynolds.

Smyth-Pigott met Henry Prince for the first time c1887 and in 1896 an Agapemonite chapel called the Ark of the New Covenant was opened in Rookwood Road, Clapton, North London.  It was here in 1902 that Smyth-Pigott declared himself to be the Messiah. Shortly afterwards he moved to Spaxton and became the head or "heavenly bridegroom" of the community.

In 1904 Smyth-Pigott designated Ruth Ann(e) Preece, who was already a member of the community, as his "chief spiritual bride".   However it wasn't just a spiritual relationship that they had, as over the next six years she had three children with Smyth-Pigott.  In 1909 he was dismissed from the Church of England due to his improper behaviour.  It is said that he later took other "soul-brides".  In 1914 Smyth-Pigott and Ruth Preece changed their surnames to Smyth and his wife Catharine became Mrs Pigott.

In the early 20th century several "Arts and Crafts" style houses were built at Four Forks by Joseph Morris and his daughter Violet, who were both members of the Agapemone Community.

John Hugh Smyth died on 20th March 1927 and was buried in the grounds of Agapemone. Ruth Smyth, the last member of the community, died in 1956.

Agapemone was sold to a developer in 1958 who divided the main house into flats.  The chapel was used to make children's animated television programmes but was converted into a house in 2004.  The main house later became a care home called Barford Gables but this closed in 1997. 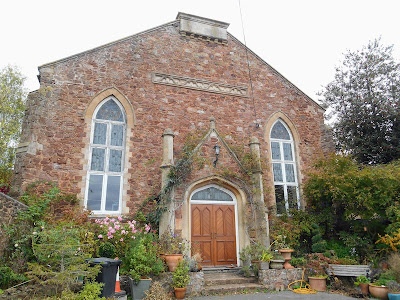 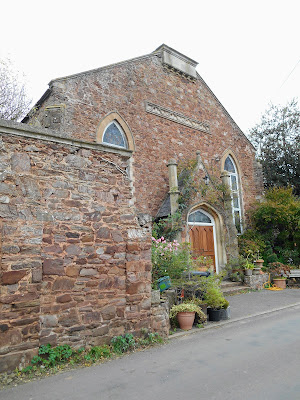 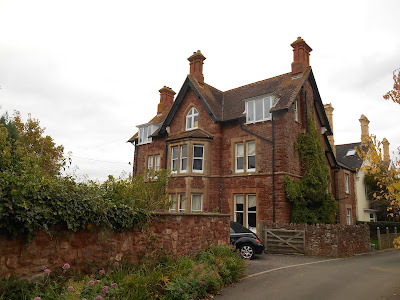 The Abode of Love from Barford Close 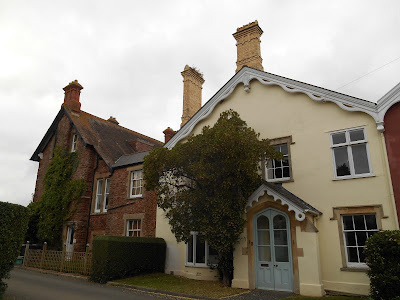 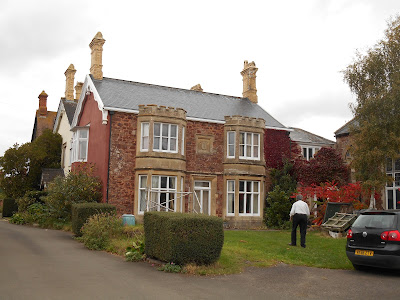 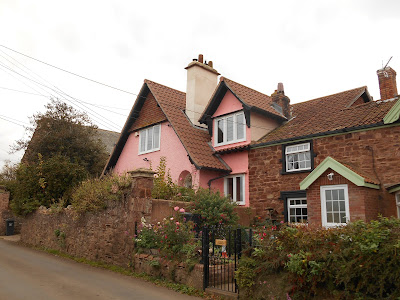