The Somerset Space Walk is a true scale model of the Solar System with the planets placed at their correct intervals along the towpath of the Bridgwater and Taunton Canal.  The sun at the centre of the Solar System is located at Higher Maunsel Lock, which is halfway along the 22 kilometre canal, which as its name suggests runs between Bridgwater and Taunton.  The canal is open to walkers, boats and, for most of its length, cyclists.

The Bridgwater and Taunton Canal was constructed by engineer James Hollinsworth between 1824 and 1827.  It was extended into Bridgwater by engineer Thomas Maddicks 1839 to 1841.

Each of the planets has a concrete pillar with a plaque with information about that planet and a scale model of the planet above it.  At the bottom is a label showing how many kilometres it is to Bridgwater and Taunton.  There are two sets of planets, one heading north from the sun towards Bridgwater and the other heading south towards Taunton. Mercury, Venus, Earth and Mars are all very close to the sun model with Jupiter a short distance away.  The Moon is a small dot on the Earth's pillar.

The plaque on Venus reads as follows:

“A strange place, the day longer than the year. Under a vast, dense atmosphere of carbon dioxide laced with clouds of sulphuric acid there lies a scorching desert. No air, no growth, no seas. Earth’s nearest neighbour and size-twin… and yet, so different.”

Pip Youngman, a local astronomer and inventor, conceived the idea for the space walk and designed and built the pillars.  It was officially opened on 9th August 1997 by British astronomer Heather Couper.  It was a joint venture between the Taunton Solar Model Group (Pip, Trevor Hill, a local physics teacher and David Applegate, a former Mayor of Taunton) and the British Waterways Board. It was funded by COPUS (Committee on the Public Understanding of Science) with a small grant from Sustrans. The planet models were refurbished by Somerset County Council in 2007.

The plaque on the sun says this:

"The Somerset Space Walk is built on a scale of 1:530,000,000.  On this scale Pluto is almost too small to model and yet it is 11 kms away. The average adult pace equal 400,000 kms.  To include the nearest star we would need another 75,000 kms of canal. The full distance from Taunton to Bridgwater represents the full disc of the Solar System, the planets being shown twice. Whichever way you walk you will find the planets at their proper distances and sizes."

Philip Robert Vassar (Pip) Youngman died in 2007 aged 83 but what a wonderful legacy he has left behind. 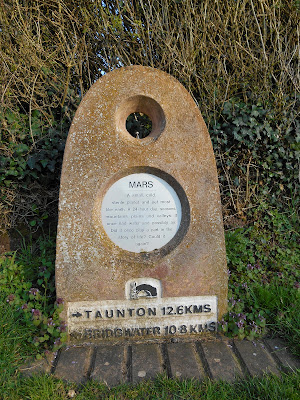 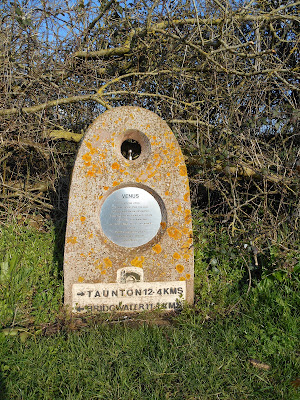 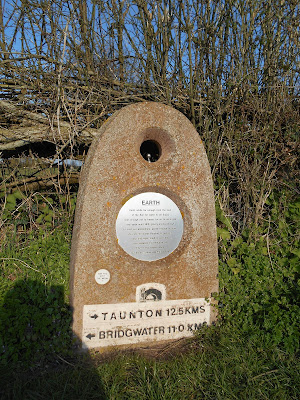 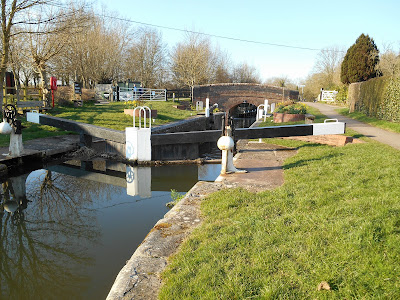 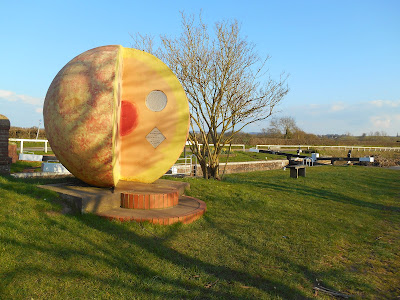 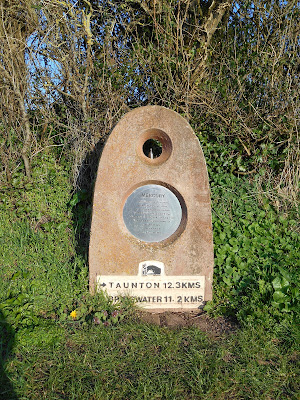 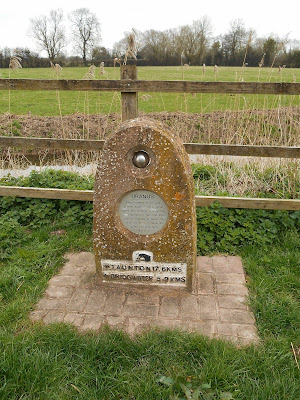 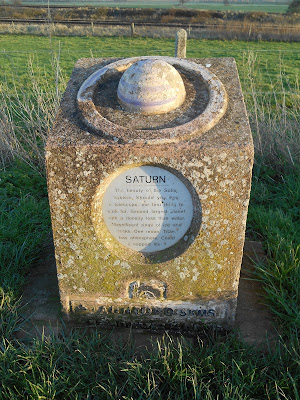 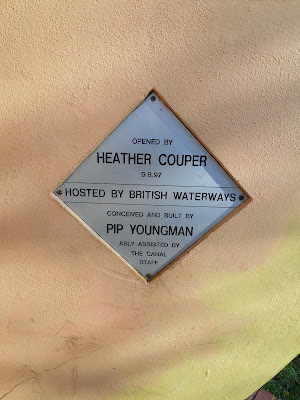 Plaque on the Sun 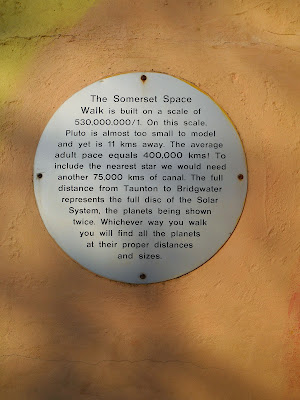 Explanation on the Sun at Higher Maunsel Lock 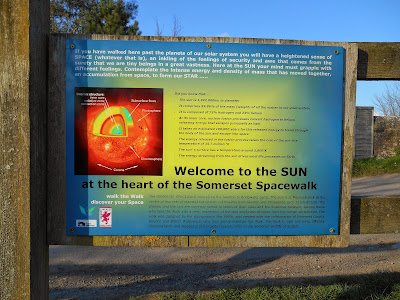 Information Board at the Sun 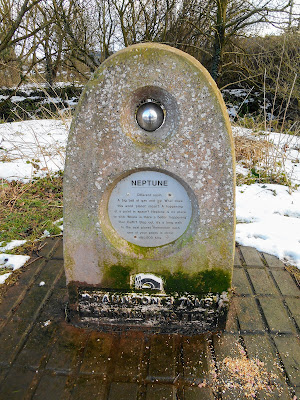 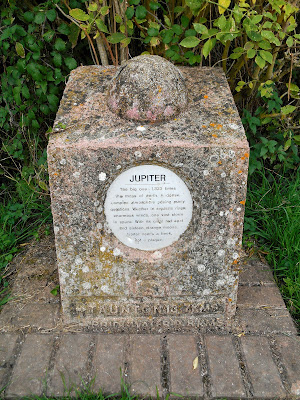