This fallen tree trunk with coins embedded in it, is located a few hundred metres upstream from Tarr Steps on the banks of the River Barle.  I must have walked passed it several times over the years without noticing because some of the coins look to have been there for some years judging by the amount of corrosion they have suffered.

Wishing trees can be found in many parts of Britain.  People who bang coins into trees do it because they think it will bring them good luck and that presumably their wish will come true. It is similar to the tradition of throwing coins into wells or fountains and making a wish as you do it.

Some wishing trees date back several centuries.  It was thought that an illness could be cured by transferring it to the tree via the coin.  However if the coin was later removed it was thought that the illness would come back. 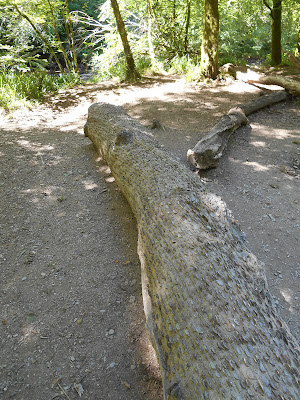 Wishing tree on the banks of the River Barle 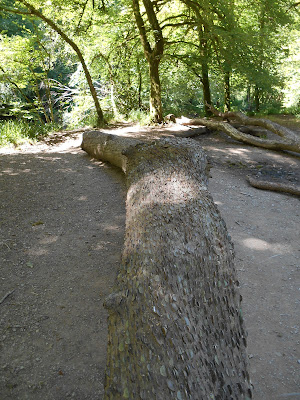 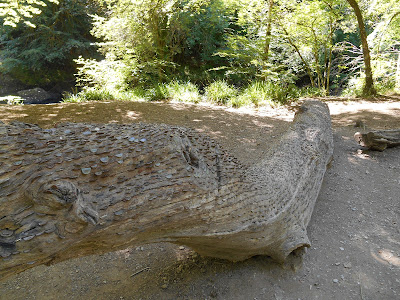 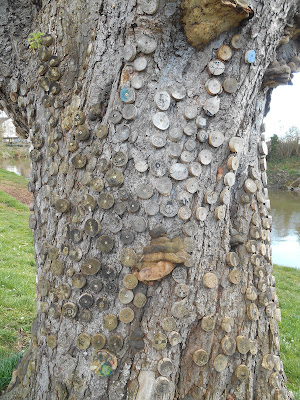 French Weir Park, Taunton
This seems to be a similar idea but instead of coins wooden "buttons" have been hammered into the trunk of a dead tree 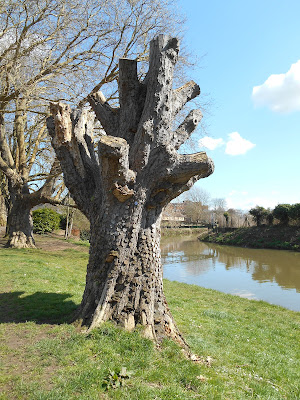